In 2018 Dance4 led the Dance from England presence at CINARS Biennale, including representation at the tradefair with a booth.

After an open call out, 54 competitive applications were considered by an advisory group of independent artists, producers, festival directors and Dance4, and 8 were chosen. The group were impressed with the range and ambition of applicants and we hope to be able to support many more people with opportunities over the next 4 years.

Aakash Odedra Company and AΦE were also selected by CINARS to take part in a pitch session, sharing information about a work in progress.

During CINARS we spoke with our friends at Studio 303, CCOV, Circuit-Est (to name a few) to develop a series of talking points and ways to engage as part of the showcase.

After 17 editions, the CINARS Biennale has made a name for itself as a must-see multidisciplinary event in which participants can develop real international touring opportunities, build solid relationships with stakeholders from all over the world, and sharpen their professional skill set and knowledge base.

Click here to find out more about the 2018 Dance From England delegates. 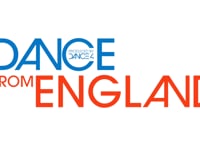