An event where comedians perform their sets and dancers improvise and react on stage with them. And then they swap, with comedians dancing and dancers performing stand up….what could go wrong?

At the tail end of 2016, Dan Nicholas received news that he had been  awarded funding from Arts Council England, with support from Dance4 to research  and develop one of his projects – D.A.N.C.E (Developing a New Comedy Experience).

This is an event that’s been running in some format since late  2015, and involves comedians performing their sets and dancers improvising and  reacting to them on stage.

Dan has been interested around the parallels between dance and  comedy for a while. Dan wants to explore If there  was a circuit like there is in comedy. Is there an obvious route for  progression, do dancers take shows to Edinburgh – how long are they usually? But he also wondered about the performance and what it feels  like performing to an audience, in an art form that usually doesn’t expect an  instant reaction from the audience in the same way Stand Up comedy does with  laughter. 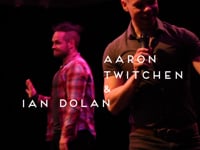 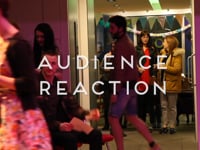 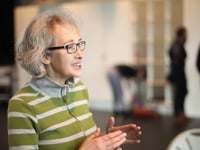 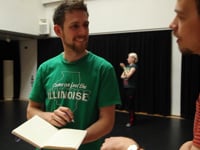 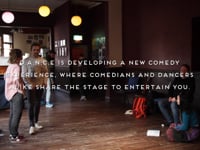