Sioned Huws creates performances that can adapt to diverse casts, contexts and architecture; reflecting on the physical structure of reality, recognising that it is always a person and a space.

THE WORK- The body becomes space and space is transformed into body; in repetition the movement assumes a sensibility of an internal landscape, reflecting the soul of Aomori, the silent repetition of snowfall. From vertical to horizontal a choreographic process of translation and understanding, a guesture in repetition becomes an emotive containment. Each performance is considered for the space it is being performed in, all doors kept open to reveal a space beyond the performance space; entries, path ways and exits choreographed according to an architectural structure; the space is taken down to its bare engineering, revealing floor surfaces, walls, windows and doorways. Where possible daylight is the only sort of light. 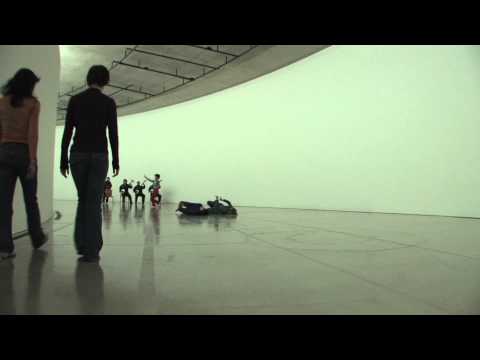