Pepa Ubera is an artist and a dancer, originally from Spain, based in London since 2003. Her work challenges social structures, questioning how the body behaves in the current context from an intersectional feminism point of view. In her interdisciplinary practice she has been exploring other media working with video, light, text, creating site specific and curating performance events.

From 2015 – 2018 Pepa was one of Sadler’s Wells Summer University artists. She has twice been awarded a Dance Web Scholarship at the Impulstanz Festival in Vienna showing her work in collaboration with the Embassy of Spain.

From 2013-2015 she was a core member of TripSpace projects where she organised monthly nights of performance including the curation of a performance festival in collaboration with the Hayward Gallery.

She has presented work in the UK, Australia, Europe and Chile and in venues such as Sadler’s Wells Theatre, Tate Modern, Barbican Centre in the UK, Matucana 100 in Chile and March dance in Australia. 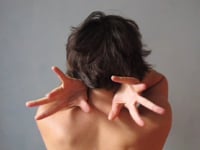 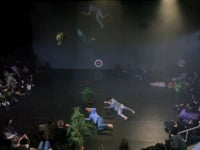 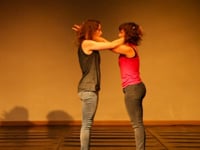 Sneak Peek of The Machine of Horizontal Dreams by Pepa Ubera

The Machine of Horizontal Dreams Residency with Pepa Ubera, March 2022

Pepa Ubera The Machine of Horizontal Dreams Residency, May 2020